Posted on 15th January 2021 by avensadmin

For once I’ve stuck to my planned schedule and work on the Hawker / Hawker Siddeley compilation is progressing well and due for publication by the end of the month.

In fact I took the opportunity to complete both Percival (& Hunting) as well as the British Aircraft Corporation (BAC) compilations as well! – English Electric is also in the mix.

I’ve made a few updates to the database and website, but nothing dramatic.

One ad that struck me was a simple ad from Gieves, the military tailors and outfitters.  This appeared in The Aeroplane dated 18th October 1940, just two days after their premises were destroyed by a high explosive bomb.

It’s sometimes the simplest of ads that make the most impact. 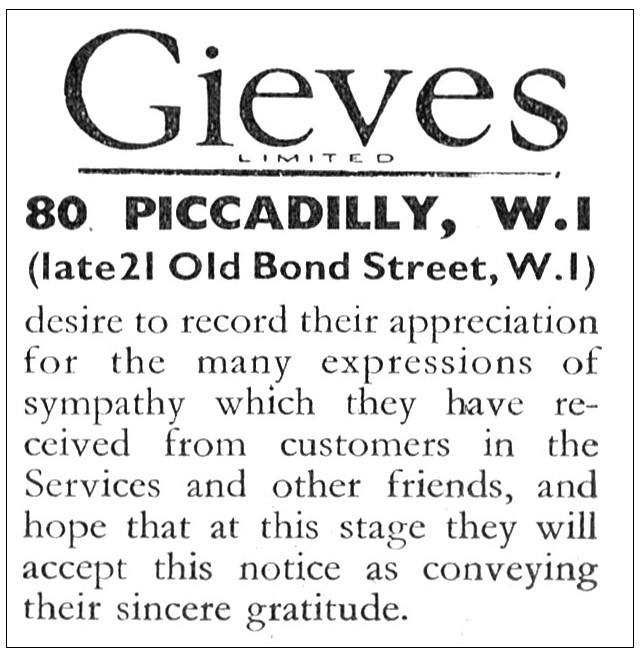 That’s it – must carry on with those compilations….