Anyone that’s experienced even a short flight in an open cockpit aircraft knows it can get pretty chilly even in summer. For short hops in the early days a flat hat, motorcyclists goggles and a coat would suffice – long skirts and headscarves for the ladies. By 1910 purpose made protective clothing for pilots and passengers was starting to make an appearance.

As is the way of things opportunities appeared for enterprising outfitters to create outfits that would not only make life a bit more comfortable but look the part as well.

Gamages were quick off the mark with this Aviation Helmet. 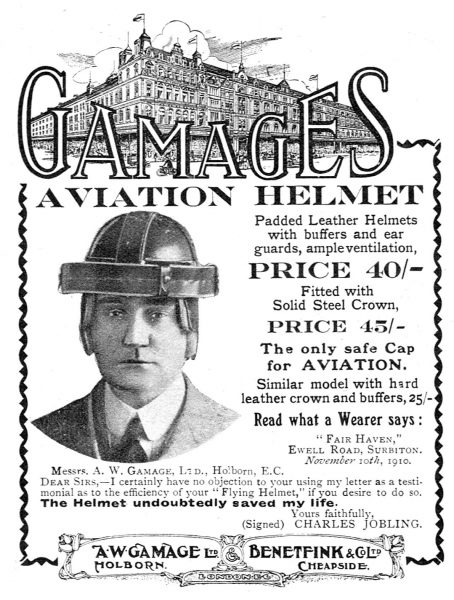 Closely followed by the well respected quality outfitters of the day like Dunhill’s and Burberry’s.

I can`t even begin to imagine just how miserable it must have been for the flying crews in the First World War having not only to fly but to fight at altitude in winter. Reports of crews suffering frostbite were not uncommon.

Burberry know a thing or two about how to beat the weather but still look good at the same time! – Here are a couple of their more popular lines from the 1914-1918 War. 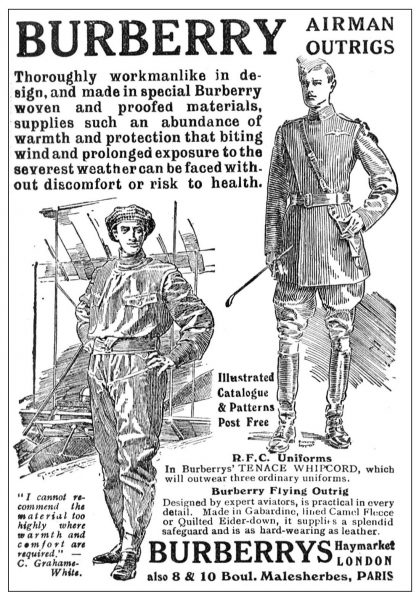 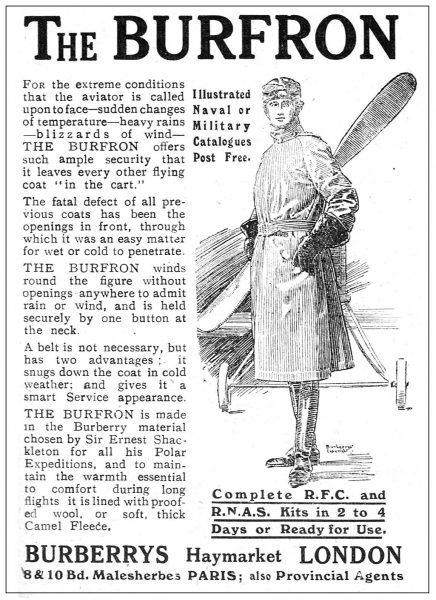 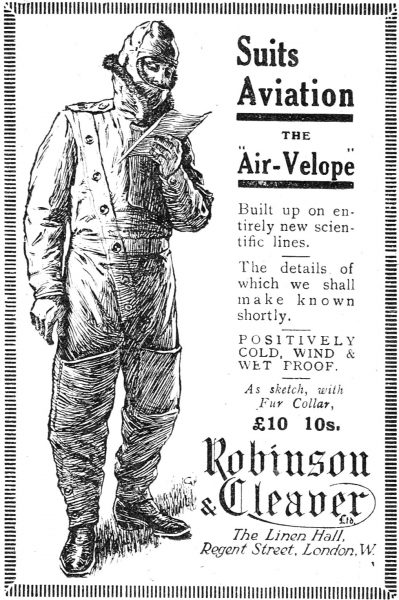 Great Britain was exhausted and desperately short of money. As if that wasn`t enough a terrible influenza epidemic brought even more misery to the country. The very existence or even the value of the independent R.A.F. was being questioned at the highest levels. The head of the R.A.F. Sir Hugh Trenchard was smart (and dogged) enough to trim costs to the bone to please the politicians, but spend whatever money he could in building the service infrastructure and institutions that were to serve the country so well a mere 20 years later. More of that later, but suffice to say there was a massive reduction in service flying and very little civilian flying for the next few years.

The R.A.F. was an established fact though and the final ad for now is another offering from Robinson & Cleaver, but a uniform this time. 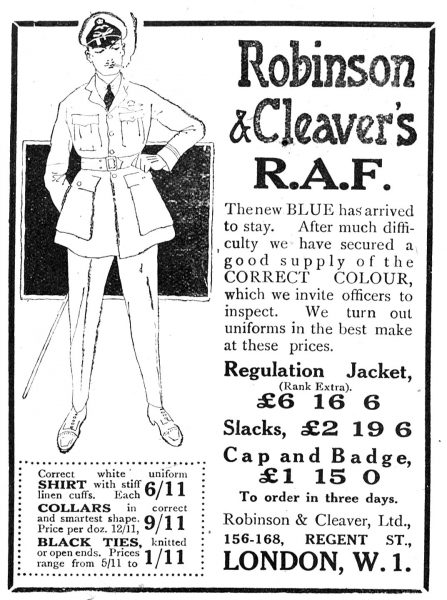