Chaff As An Emergency Aid?

Posted on 17th February 2020 by avensadmin

I’ve just posted the latest updates to the database – these are mainly new items from 1968 & 1969 but there’s a reasonable scattering from many other years as well.

I’ve made some updates to the Directory section of the website as well – new entries, broken links fixed and searches amended to the (final?) 1990 cut-off date.

On the compilations front the Fairey Aviation volume is now complete. It’s been a long time coming, but worth the wait I believe. I’ll probably tackle Boulton Paul aircraft next. 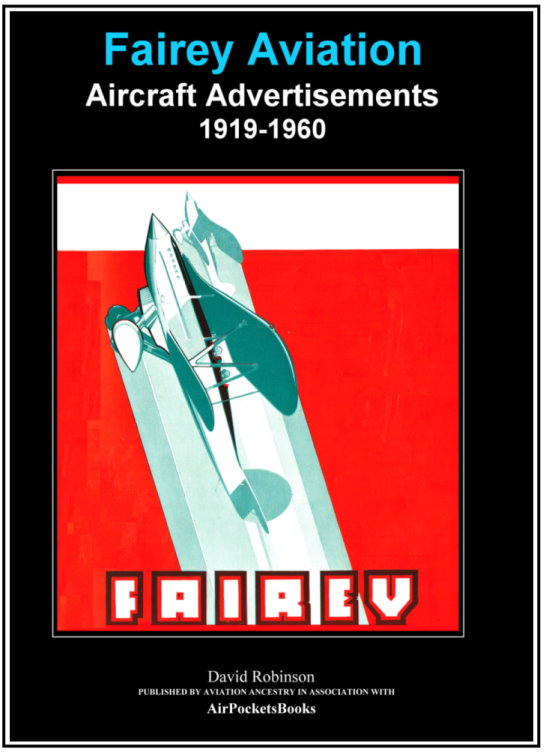 CHAFF As An Emergency Aid.

First deployed during WWII most of you will be familiar with ‘Chaff ‘or ‘Window’ as a means of disrupting an enemy’s radar picture. But during this latest update I was looking at a couple of U.S.Published general aviation magazines (AOPA Pilot) when these ads from a 1968 example caught my attention.

Essentially the company (DEMEC Corp) turned the “Window” idea on its head and suggested that Chaff be employed as an aircraft location device for the pilot who is in difficulty and unable to communicate with ATC by radio. (SSR/transponder equipped aircraft and ground stations were not so common as they are today) 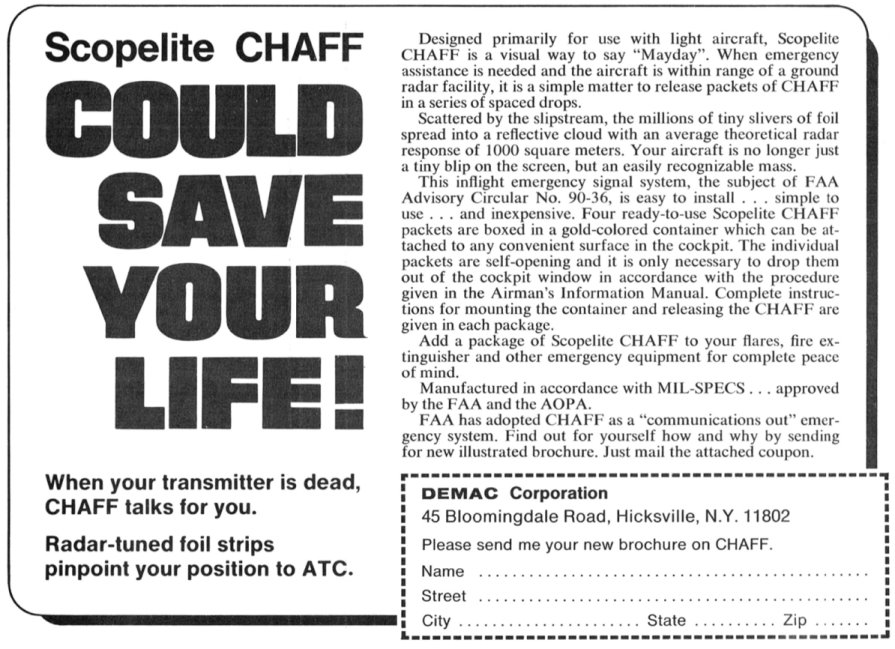 The scheme had FAA and AOPA approval with air and ground procedures published.

Designed primarily for use with light aircraft, Scopelite CHAFF is a visual way to say  “Mayday”. When emergency assistance is needed and the aircraft is within range of a ground radar facility, it is a simple matter to release packets of CHAFF in a series of spaced drops.

Scattered by the slipstream, the millions of tiny slivers of foil spread into a reflective cloud with an average theoretical radar response of 1000 square meters. Your aircraft is no longer just a tiny blip on the screen, but an easily recognizable mass.

This inflight emergency signal system, the subject of FAA Advisory Circular No. 90-36, is easy to install .. . simple to use . . . and inexpensive.

Four ready-to-use Scopelite CHAFF packets are boxed in a gold-colored container which can be attached to any convenient surface in the cockpit. The individual packets arc self-opening and it is only necessary to drop them out of the cockpit window in accordance with the procedure given in the Airman’s Information Manual.

Complete instructions for mounting the container and releasing the CHAFF arc
given in each package. Add a pack age of Scopelite CHAFF to your flares, fire extinguisher and other emergency equipment for complete peace of mind .

Manufactured in accordance with MIL-SPECS . .. approved by the FAA and the AOPA. FAA has adopted CHAFF as a “communications out” emergency system . Find out for yourself how and why by sending for new illustrated bro chure. Just mail the attached coupon.

I’ve never heard of this method of alerting ATC  before or since and can`t find a copy of the FAA Advisory Circular. I’d be interested to know how long the procedure was in use for and whether it was ever used in anger.

That’s it for now and thanks for tuning in.